The first year postpartum is characterized by a myriad of changes. The most immediate ones, and what we often tend to focus our collective attention on, are those experienced by your new baby (understandably; they’re adorable!) who is dramatically transforming with each passing week. But the shifts in your body—and, specifically, your breasts if you have made the decision to breastfeed or pump—are oftentimes just as dramatic. “Because most mothers want to nurse for at least a year, I classify breastfeeding into three stages: the first three months, three to six months, and six months and beyond,” says Andrea Syms-Brown, an international board-certified lactation consultant with a private practice in New York. What is evolving in each of those three periods (and what is causing your breasts to, in turn, evolve too) is milk production. “The first three months is when you make the most milk and have the most volume in your breasts, the second stage is when production has regulated, and the third stage is when you start to worry, ‘OK, how much is baby even getting?’,” Syms-Brown explains. Here, she outlines what to expect from your breasts at each stage and how you can give them adequate support. When Does My Milk Come In After Birth?

Once you find a breastfeeding rhythm, the first months are characterized by the greatest quantity of fluid milk and, relatedly, the most engorgement. “Within those first weeks, mother’s breast becomes very engorged, meaning milk production begins and you move from having just colostrum [which has a honey-like texture] to more fluid,” says Syms-Brown. “For larger-breasted women, the engorgement period may not be as much of an issue, but for smaller breasted women, the size increase can be rather significant and, sometimes, shocking.”

The issue: The most common breastfeeding-related issues (mastitis and plugged ducts) tend to be most prevalent in this first stage when mom’s body and baby are trying to find a synchronicity. “Within those first months is when moms are at an increased risk of getting areas where milk ducts aren’t draining as well because this is a new baby who is just determining what it means to be satiated versus hungry,” explains Syms-Brown. In pregnancy, your body morphs to accommodate the size of the fetus, and in lactation, your breasts do the same: swelling to accommodate as much milk as they can in those early weeks. The baby’s intake or the mother’s pumping frequency is what sets the lactation tone. When milk is pooling in the breasts it can result in small lumps that, if not addressed in a timely fashion, can become inflamed and infected.

The support system: Because the first period is the time when mothers tend to get areas in their breasts that are lumpy, tender, sensitive, painful, and inflamed, your undergarments in those initial months should be extremely stretchable because traditional bra’s tight banding and underwire can exacerbate all of those aforementioned issues. “The bra should be elastic in all directions, from the underside of your breasts, which become heavy and tender just due to gravity, all the way to the sides, as the milk-producing areas of your breasts become engorged,” Syms-Brown adds. The promise of underwire bras is to lift and separate the breasts, but, when you’re lactating that’s actually counter-productive. “You just want breasts to sit the way they do on your chest whether you’re lying down or sitting up,” says Syms-Brown. An undergarment that breathes (because women tend to sweat more and differently in the postpartum period) and is easy to wash and dry is a bonus. In this second stage of breastfeeding milk production has likely regulated or begun to regulate.

Your breasts have become more efficient (not storing as much and pushing through their supply as needed) and your baby has become more proficient. “Babies now know how to ingest milk in a much more timely fashion,” says Syms-Brown. “Whereas a newborn would take anywhere from 35 up to 60 minutes to feel fully satiated, a three-month-old can achieve the same in about 10 to 15 minutes.” This shift combined with the fact that breasts become less engorged and significantly softer often leads to this stage’s most common maternal worry: “Do I have enough milk?”

The issue: Though plugged ducts and mastitis can still happen in this second stage of breastfeeding, they are less common and, when they do occur, it’s often for different reasons. Because breasts are perceptibly softer, mothers often scale back on their pumping assuming that the reduction in volume is synonymous with a reduction in milk supply. “It’s the belief that there’s not as much milk available as there actually is that leads to the same issues of plugged ducts and mastitis,” says Syms-Brown.

The support system: Your breasts can handle a bra with more support at this stage, but not, warns Syms-Brown, for round-the-clock wear. “It’s about timing,” she adds. “Mornings are when breasts are most productive and the most volume is moving through them, so if a mom doesn’t have time to feed baby or pump before she goes to work and is wearing a snug bra, she will run into the same problems she had four or five weeks postpartum,” says Syms-Brown. A snugger bra or bra with underwire can be worn at this stage but only for shorter stretches of time (under four hours) and not before you’ve pumped or breastfed in the morning. Sore or Cracked Nipples While Breastfeeding

Stage 3: 6 Months and Beyond

As breasts continue to become more pliable and lose their initial postpartum density the concern in this third stage evolves from “do I have enough milk?” to “what is the baby even getting?’” “Even if you’ve exclusively been using a breast pump you get significantly less output than you did in the first three months,” adds Syms-Brown. But what’s really different now is not the breast, but the milk itself. “It’s richer, creamier, and more ivory-colored,” says Syms-Brown. “I like to say that if you’re initially making whole milk, by month six, nine and beyond you’re making heavy cream.” And because the milk is now much higher in fat, the volume goes down. So less is indeed more: your baby can get the same level of nourishment from a smaller quantity of milk.

The issues: The milk blockage issues that characterized the first six months of breastfeeding are much rarer at this point. “The longer you lactate, the less likelihood there is of blocked ducts because milk is flowing more freely and baby’s bigger and nursing really proficiently,” says Syms-Brown. The new issue that develops in this third stage is that babies are sprouting their first teeth so nipple pain comes not from latching, but from biting.

The support system: By the third stage of breastfeeding you can finally welcome back your underwire and more restrictive bras, but only for limited wear (Syms-Brown suggests no longer than six-hour stretches). “At the beginning when your breasts are first engorged you want to give them space as your milk production regulates, but by this third stage the volume of breasts has dramatically reduced and women are looking for some kind of support and a bit more lifting,” says Syms-Brown. 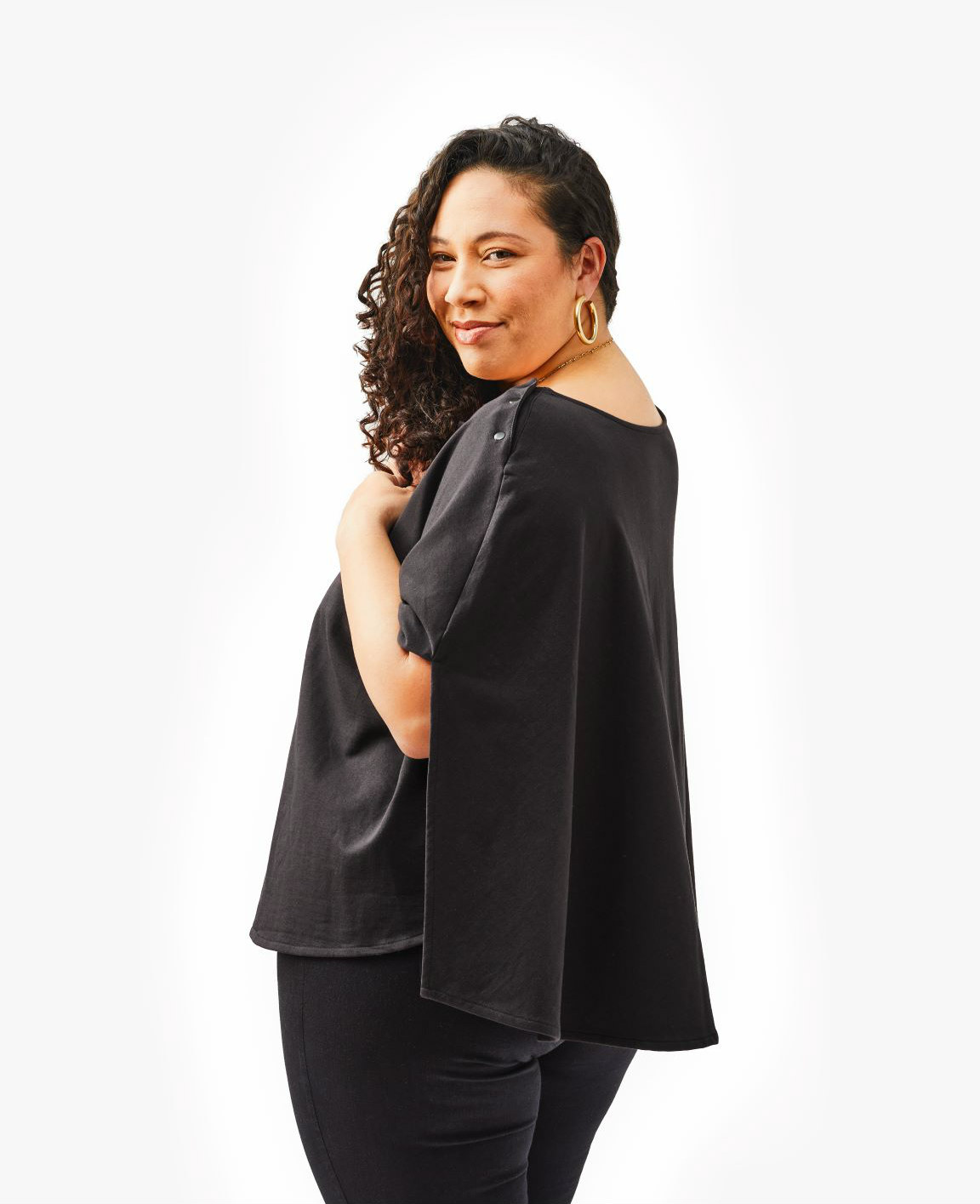 Your browser is out of date, and may not be compatible with our website.

You can update your browser from the link below.